Moe is a cat who lives here with me.  We also have a cat named Chloe.  Moe snores like a trucker when she sleeps, even though she is a little thing.

She also sleeps on her face.  See? 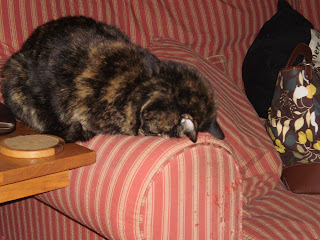 I don’t know why she sleeps on her face, but at least it muffles the snoring a little bit. 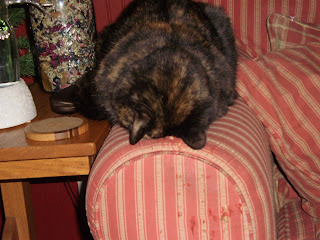 I would also like to say that those shred marks in the arm of the couch were not made by anyone of the canine persuasion!

Leave a Reply to Benny and Lily Cancel reply