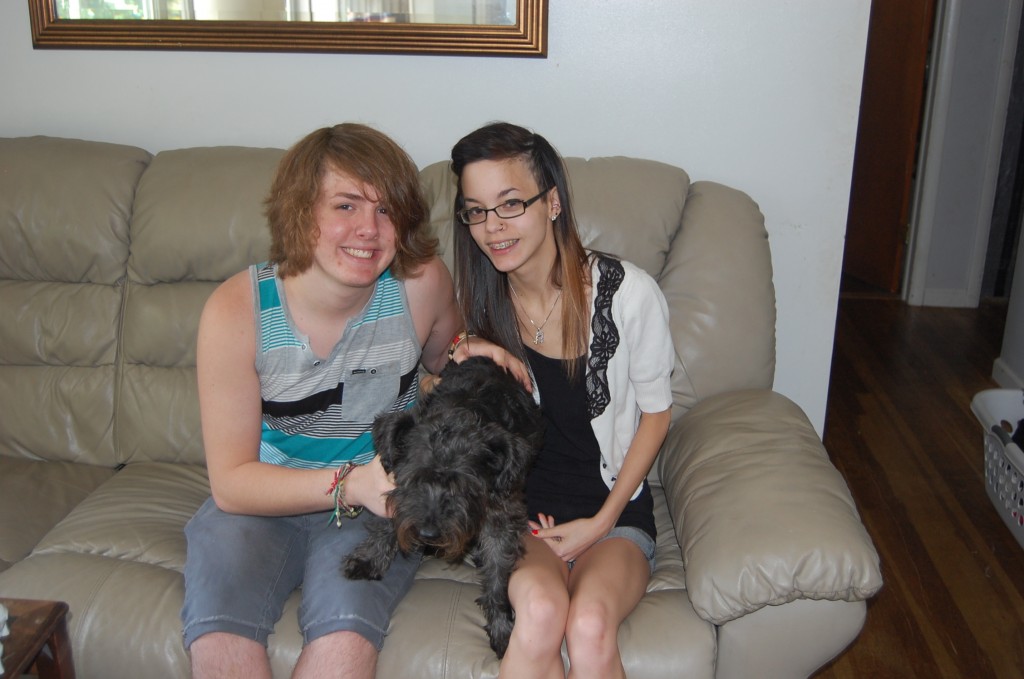 Hmm, not the best picture of me, but since it’s Jack’s day I guess it doesn’t matter.  Jack, the baby, is 17 today.  My mom person says she feels funny inside knowing that her little baby is so big now.

The pretty girl with us is Jack’s girl Alexis, she’s here to help do the celebrating.

Since I’m now more mature than yesterday, my mom person told me I could wait to have my presents until my dad person comes home.  Even though I can’t show you my presents yet, I can show you what a beautiful baby I was! 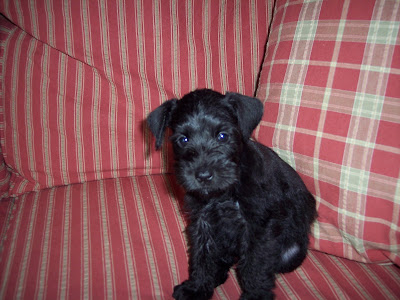 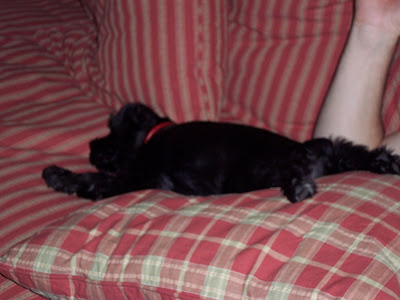 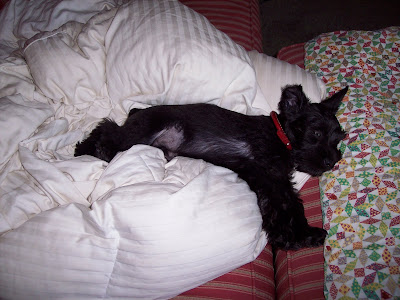 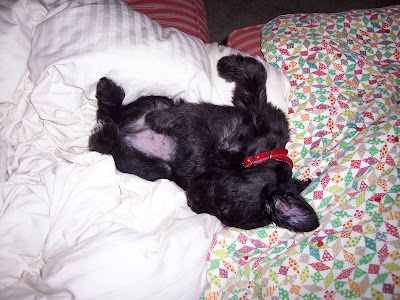 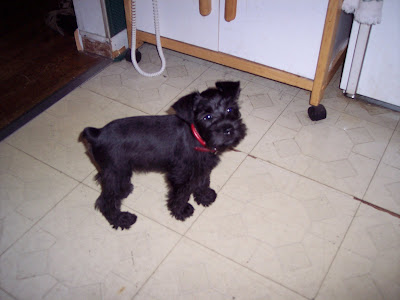 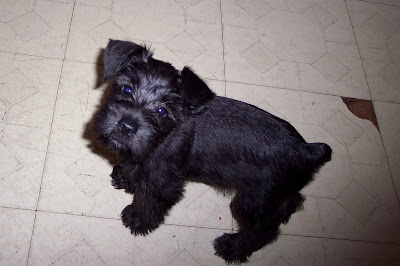 It’s no wonder I grew up to be excessively handsome, right?

Check back tomorrow to check out all of my birthday loot! 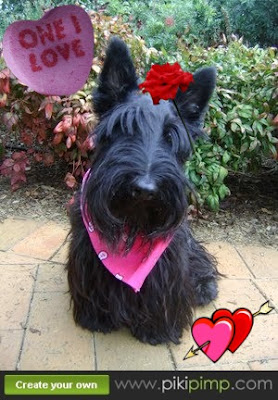 My girl, Bella is two today.  Stop by & wish her a wonderful birthday.  I know she’ll appreciate all of your good wishes. If you read my last post you know my people forgot my birthday this year. My mom person says she accidentally wrote it in on July 28th, instead of June 28th. I don’t see her forgetting either of my boy’s birthdays!
I had hoped that as a couple of you suggested, there was a surprise party planned. I woke up eagerly and hoped to see all of my friends, but alas, no party.
I decided to use the guilt method of people reinforcement with my people. This can be very a very effective way to train forgetful people. You just have to stay consistent.
First my guilting brought about a meager offering. A lowly piece of bologna. Hmm.

My next attempt was met with a little more success, some popcorn shrimp.

Tasty, but I could have used a little cocktail sauce. Then I got to help my boy John plant another tree. Since I was working so hard supervising, John picked me up & let me just observe.

Playing had not been done, so I brought my trust octopus, and let them know what should come next. I even stood it up nicely all by myself.

Then today when my dad broke down some chicken breasts, he made me a plate of chicken bits. Delightful.

I got to go to the pet supply store today, but was not allowed to pick out a belated squeaky toy! Some nonsense about me always tearing the stuffin’s out of my stuffies. Is it my fault is my toys need surgery!!!
I guess I’m pretty spoiled every day, so birthday’s aren’t that important, but next year I am hoping for a little more effort from my people!
Check out what all the Camera Critters are doing!
Also join in on the Saturday Pet Blogger Hop.

My birthday tomorrow? Why did nobody tell me that it’s my birthday tomorrow? Hmm, my mom person kind of forgot because she had it written on the calender for July 28th, not June 28th. I really need to get a better secretary and keeper of my social calender.
My birthday list is not complete, my invitations have not been designed and sent, my cake hasn’t been ordered…jeez!
I’m glad that they finally remembered it was actually tomorrow so I didn’t miss it all together, but I can’t say that I’m not miffed a little.

Humph, I didn’t even get my birthday haircut. Come back by tomorrow to see what happens on my 5th birthday, if no one forgets again.
On a birthday related note, my dad person did want to thank you all for the birthday wishes you left for him.

Whew, yesterday was a super fun day. I got to go to Monnie & Bucka’s (grandpawrents) house to celebrate my boy John’s 18th birthday. For once in her crazy life my mom person forgot her camera.

I got to have some ham, some lemon cake & even a little vanilla ice cream! I’m not supposed to have people food, but Monnie always breaks the rules.

As if that wasn’t enough, when I got home John & his girlfriend Leighanne played with me in the back yard! My mom person did get a video of that.

After so much fun I was one tired pup!

* Oskar’s mom person here. I just want to thank all of you for all your well wishes. Reading all of your blogs always puts a smile on my face & makes me feel better. xoxo

Yesterday I had my 4th birthday!! They say that you’re supposed to make wishes for you birthday & I wished for all of my friends to be here with me, but it didn’t work. I thought I’d share it all with you this way.

These are some new Busy Bones.

My mom person made me look at her for a picture, when all I wanted to do was get more presents.

These are Tasty T-bones. My presents don’t get wrapped in paper anymore, cause last year I ate some & then puked it up. This made my mom person have her mad face. You can see the evil Chloe, trying to horn in on my birthday treats. I barked at her.

Now my boy Jack is letting me test our a Snausage to see if it tastes any good.

Finally I got one of my busy bones.

I’m taking it outside so no kittens can try & steal it from me.

Oh, this is a dental dinosaur that I got too. I don’t really like him. I like the kind of toys with stuffing inside, becasue I like to eat the stuffing out of them. This is frowned upon by my people as it brings about a large V-E-T bill.

It was quite a party. Me & my dad person are worn out. I really wish you all could have been here for a proper party, but I’ll start wishing for that for next year.